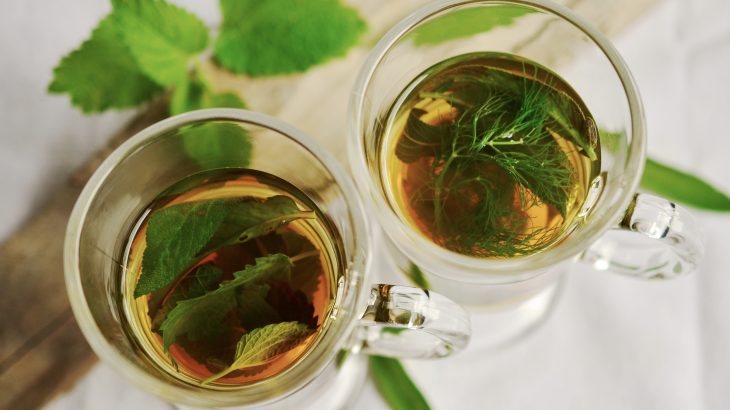 Feeling bloated and gassy is never any fun. According to the American Gastroenterological Association a shocking 1 in 7 adults in the US suffer from Irritable Bowel Syndrome. More often than not, bloating, gas, and the discomfort that comes with it can be alleviated with a few changes to your diet that will not only help beat the bloat but can help you lose weight. Below is a list of bloating busting additions to your diet.

Peppermint Tea
Mint has long been used as a digestion aid and for stomach relief and modern research now backs up this ancient remedy. A study of IBS sufferers found that adding peppermint oil helped to reduce symptoms by 50% in just four weeks.

Ginger
Yet another ancient remedy most commonly used in Chinese medicine, ginger helps to ease a queasy stomach and aid digestion. Researchers have found that it acts as a muscle relaxant allowing the body to release gas more easily.

Kefir
This tangy drinkable middle eastern yogurt contains lactase which helps the body to better break down lactose. An Ohio State University study found that kefir can reduce digestion issues cause by lactose up to 70 percent.

Turmeric
Most commonly found in Indian dishes it can also help ease stomach issues. Turmeric has been found by researchers to contain curcumin. Curcumin has anti-inflammatory properties and is effective as an aid for indigestion.

Kiwi
This high in fiber fruit has been found to aid in the relief Irritable Bowel Syndrome symptoms and less constipation when consuming two kiwis a day for four weeks.

Cilantro
This herb contains linalool and geranyl acetate oils which work over the counter medications by relaxing your digestive muscles and calm down your gut. One study found that cilantro helped to ease IBS sufferer symptoms.

Honeydew Melon
This fruit contains cucumis melo which has diuretic properties as well as high levels of potassium. This helps you to shed extra water from your body as well provide your body with electrolytes.